Kapla is a sustainable and ethically made toys brand using only natural and untreated wood from the sustainably managed pine forests of Les Landes (France), and food-safe paint for their coloured planks.
This toy is designed to bring together all ages and generations and enrich learning and play by cooperating, sharing ideas and helping one another. Learn science concepts intuitively through building. Develop logic, concentration and independence.
The story of KAPLA® is one of a Dutch antique dealer who dreamed of building his own castle. During a trip of the south of France in the late 1960s, Tom van der Bruggen fell under the charm of a neglected farm and decided to turn it into a castle. To visualise his project, he tried to make a scale model using wooden cubes. However, the cubes were too bulky to make a precise and realistic model, so he decided to create his own construction pieces. And that’s how KAPLA® was born: the magic plank that can build anything!
After finishing his castle, Tom set out on a new adventure and decided to share his little wooden plank with builders worldwide. Tom called it KAPLA® from the phrase ‘KAbouter PLAnkje’, which means ‘gnome plank’ in Dutch.
Reveal the magic that lives inside each one of us. Grow in confidence as you explore and express your imagination. Invent, experiment, persevere … and reach beyond the limits of your ideas. 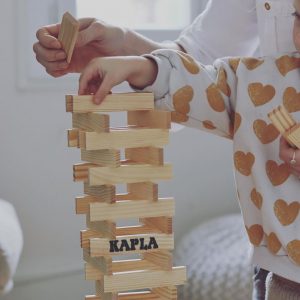 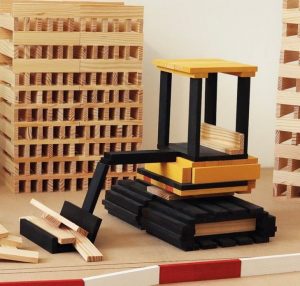