Nationwide isn't a bank. They’re a building society, or mutual, owned by their members. That’s anyone who banks, saves or has a mortgage with the company. They’re run for their benefit and to help the communities around us. They’re not run for shareholders in the same way that banks are.
Nationwide is the world's largest building society with around 15 million members. It's one of the largest savings providers, a top-three provider of mortgages in the UK & a major provider of current accounts, credit cards, ISAs & personal loans. As a building society they are owned by their members who’s needs set the agenda.
Improving communities is at the heart of Nationwide, the shared vision is for everyone to have a place fit to call home. They give 1% of pre-tax profits to charities to help build a better society.
Overall Nationwide, unlike a bank, they do not have to pay dividends to shareholders and all their profits are put back into the organisation for the benefit of their members. Nationwide has always remained safe, secure and profitable against a very difficult economic environment as Nationwide always put the security of their members’ money first.

Read more about Ethical banking: a guide to find a responsible bank 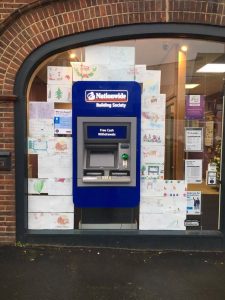 How to choose the best shed style for your backyard (sustainably)!

A Kids Company About Inc.