Koskenkorva Vodka is distilled in the Village of Koskenkorva, in the vast farmlands of Western Finland.
The village of Koskenkorva prides itself of having good barley, pure water, dedicated local farmers and state-of-the-art distillation process. Koskenkorva Vodka works with nature’s best ingredients to create a smooth, honest vodka that is non-GMO, vegan and gluten free.
The brand’s distillery is based on bio and circular economy: 100% of the grain is utilised. None of it goes to waste. Koskenkorva’s 10-megawatt bioenergy power plant uses barley husk as its primary fuel, which has helped to reduce the brand’s carbon dioxide emissions by 50 percent.
All of the barley gets used too; the husks get used for biofuel, barley that doesn’t get used for making vodka gets turned into paper and other products, and about half the spent grains (after distillation) are used as animal feed. 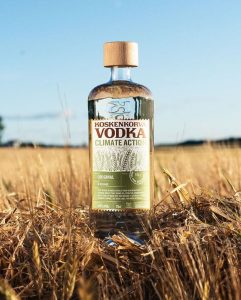 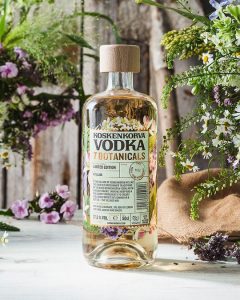