Wailana is on a mission to make the health-giving practice of yoga easy and accessible to all.
Wai Lana is a public figure and she excels at making the ancient art of yoga an easy, effective, and life-enhancing experience for anyone who practices along with her. For nearly forty years, Wai Lana has introduced countless people to yoga, helping people of all ages—and from all walks of life—improve their physical, emotional, and spiritual well-being.
Her “Wai Lana Yoga” TV series continues to attract a huge audience and has played a key role in helping ignite yoga’s mainstream popularity in the United States and around the world. Having aired nationwide for over 18 years, it is the longest-running fitness series ever on public television. The show has also aired internationally on five continents including North and South America, Asia, Europe, Australia and the Middle East. Having produced and hosted nearly two hundred half-hour television programs of yoga instruction, Wai Lana is one of the most well-known yoga teachers in the world today.
Wai Lana has also produced several yoga DVDs for people of all levels, developed teacher training programs, published books, designed kids’ yoga products, recorded music and meditation albums, developed a complete line of yoga gear, and even has her own line of snacks.
Gluten-Free Snacks:Wai Lana’s offers a wide range of gluten-free chips, including her Cassava Chips; Purple Sweet Potato, Yellow Sweet Potato, and Mixed Roots Chips; and Chia and Turmeric Cheese Superfood Chips.
Super Fruits: Wai Lana’s goji and noni juices are 100% natural, made from fresh berries and fruits, and contain no artificial preservatives or fillers. She also offers mangosteen, pomegranate, and acai super fruits in powder or capsules.
Yoga DVDs:Wai Lana’s yoga exercise DVDs, including her new Yoga for Everyone Series, are a convenient and inspiring way to practice yoga in the comfort of your home. The Easy Yoga Series and Hello Fitness Series are available around the world in different languages. A fourth series, Fun Challenge, targets intermediate and more advanced levels.
Music CDs: The soundtracks from Wai Lana’s yoga DVDs feature songs from her Yoga Music of the Heart and Yoga Sound albums. Wai Lana also recently released her Yoga Nidra CD, which guides you through this ancient technique for reaching a deeply restful state.
Meditation: Wai Lana’s Easy Meditation for Everyone kit teaches ten different methods of Yoga Sound Meditation™ to help people experience refuge from the stress, anxiety, fear, loneliness, emptiness, and other aspects of life that can overwhelm us.
Wai Lana Green: The eco-friendly Wai Lana Green line is made from all-natural, ecologically sustainable materials, giving people products that are good for them and for the planet too. Her Green line includes yoga mats, bamboo towels, and organic cotton straps and totes, as well as cork and bamboo blocks.
Yogaroma: Wai Lana’s Yogaroma products employ nature’s purest and most effective non-animal ingredients. 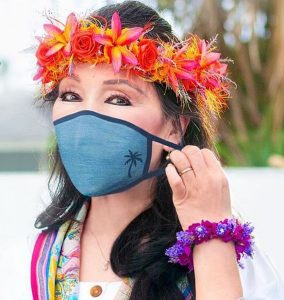