Who gives a crap

First of all, it's funny. Lots of room for toilet jokes, which we love. But really, we love toilet paper only since we discovered Who Gives A Crap.
Who Gives A Crap got started when they learnt that 2.4 billion people don't have access to a toilet (now 2 billion – yay for progress!). That's roughly 40% of the global population and means that around 289,000 children under five die every year from diarrhoeal diseases caused by poor water and sanitation. That's almost 800 children per day, or one child every two minutes. They thought that was pretty crap. So in July 2012, Simon, Jehan and Danny launched Who Gives A Crap with a crowdfunding campaign on IndieGoGo. Simon sat on a toilet in our draughty warehouse and refused to move until we had raised enough pre-orders to start production. 50 hours and one cold bottom later, they raised over $50,000.
Now that the social impact is addressed, Who Gives A Crap also realised that most toilet paper brands use freshly cut trees. Basically, we’re cutting down trees, wiping our bums and flushing them down the toilet, consuming loads of energy and water along the way. Instead, Who Gives A Crap is made out of eco-friendly sustainable materials and produced with cleaner processes than usual. Because… “After all, trees should be for hugging, not wiping!”
Worldwide, the equivalent of almost 270,000 trees is either flushed or dumped in landfills every day, and roughly 10 percent of that total is attributable to toilet paper.
In the process of making eco-friendly sustainable toilet paper brand, they also give a crap about the water contamination, the forests destruction, the greenhouse gas emissions, the amount of oil and energy used, the litres of water waste… but also there’s a purpose behind every toilet roll sold: the brand gives a 50% of their profits to build toilets around the world. 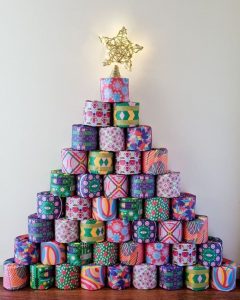 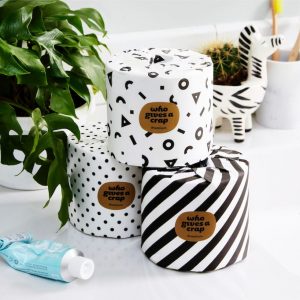 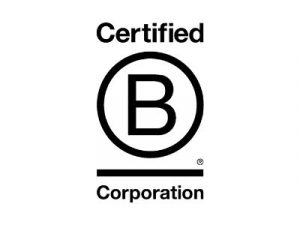